FREE SHIPPING: US & CANADA ORDERS OF 3 OR MORE

It is very possible that you may have been hearing more lately about the benefits of medicinal mushrooms. The amount of research that has been devoted to the health effects of various mushrooms in recent years as exploded.  There is already a fair body of evidence that demonstrates the power of mushrooms in benefiting the immune system, fighting cancer, reducing inflammation, supplying antioxidants, and fighting viruses, such as herpes and cold sores.

One of these mushrooms is a bit newer to the research scene than some of the veteran mushrooms like Reishi. We’re talking about Agaricus subrufescence (aka Agaricus blazei). Found in Brazil, this mushroom has long been used in globally for a variety of ailments, and is quite popular in Japan.

What kind of research does Agaricus have?

A lot of the research into this mushroom has focused on tumours and cancers, both in vitro as well as a some clinical trials. It appears that the extracts of Agaricus blazei have the ability to modulate the immune system to attack cancer cells, and to have direct anti-tumor effects (like inhibiting tumor growth).

Clinical trials have also looked into the anti-inflammatory effects of Agaricus, in both healthy people, and those with inflammatory conditions like IBD.

Traditional uses of Agaricus have often focused around reducing cholesterol, atherosclerosis, and liver ailments. Liver protection had been shown in studies, as well as benefits against diabetes, and viral infections.

What about the herpes and cold sores virus?

It appears that Agaricus possesses anti-herpetic activity, meaning that it can act against the Herpes Simplex virus that causes cold sores and genital herpes. Laboratory studies have looked into how exactly it acts on the virus and found that generally the mushroom extracts bind with the virus and interfere with its ability to attach and enter healthy cells.

What gives it these properties?

There is a type compound found within Agaricus (as well as other medicinal mushrooms and marine algae) called polysaccharides. These varied and complex molecular chains all seem to have very beneficial functions, including anti-viral activity. They do not kill viruses, but they stimulate the immune system to target the invaders, as well as interfere with the virus itself, making it hard for them to enter cells and replicate. The most effective group of polysaccharides are called sulfated polysaccharides, because they have some sulfate groups attached to the chains. It is this sulfation that makes these compounds especially anti-viral, and potentially beneficial against herpes and cold sores.

Agaricus subrufescence as an edible mushroom has an excellent safety profile and is generally considered safe to consume. Extracts of this mushrooms also are generally considered safe, with very few reports of adverse events. Of course, as always, we recommend that you speak to a qualified health care practitioner before starting a new medicinal supplement.

The right combination is already here – Respond with Confidence 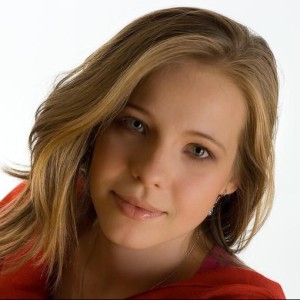 What Zinc Does for Us Zinc is an important element for many functions of the body. It has a role in many cellular processes all

I’ll admit, I’m a bit autumn-obsessed. I love a cozy sweater, some jazz music, the leaves falling and a warm cup of anything pumpkin spice.

A well known vitamin Having a healthy immune system has been top of mind for many of us in the last couple of years, and

How Can Naturopathic Medicine Play a Role in Your HPV Treatment Plan?

Did you know that Papillex was founded and uniquely created by naturopathic doctors? Naturopathic medicine offers us an emerging and exciting approach to treating a