Medicinal Mushrooms: Preparation is the Key to Success

Medicinal mushrooms have had a long and celebrated tradition throughout Asia, in fact, there are many different types of medicinal mushrooms, with over 200 species commonly used in Chinese medicine.

Examples of medicinal mushrooms include Reishi, Chaga, Cordyceps, Maitake, Coriolus, and the mushroom compound AHCC, to name a few popular ones.

Medicinal mushrooms have been well-researched for their immune-enhancing and anti-cancer properties. Most recently, research has emerged showing that medicinal mushrooms can help eradicate HPV, dramatically impacting the clearance rate of the virus.

Research from France showed that HPV-positive patients (HPV 16 and 18) who were treated with two variety of medicinal mushrooms Turkey Tail and Reishi, tested negative for HPV after two months of treatment.

In another study from the University of Texas Medical School, ten HPV positive women were treated with AHCC, a mushroom extract, for six months. At the end of the study, eight out of the ten patients were confirmed to be HPV free.

Reishi has been used for many years in traditional cultures as a cancer treatment and to promote health and longevity.

Clinical studies have also shown that the use of Reishi can dramatically impact the clearance of HPV.

Lentinula edodes, or shiitake mushroom, is the third most cultivated mushroom worldwide. It is used commonly in cuisine and has been found to have a number of therapeutic properties.

AHCC has been studied for its therapeutic role in defending the host against a wide range of viral infection in humans.

Promising research evaluating the use of AHCC® on HPV showed a profoundly positive effect. 8/10 participants taking a daily dose of 3g of AHCC® for 6 months, tested negative for HPV infection at the end of the study.

According to a new research paper published in Italy, AHCC® has shown a protective response to a wide range of viral infections, and this could support its use in the prevention of human pathogenic coronavirus, including COVID-19.

This paper notes that AHCC® has been extensively investigated as an immunostimulant both in animals and/or in humans affected by a whole host of viral infections by promoting a regulated and protective immune response.

Coriolus versicolor, better known as turkey tail, has been used for centuries for its ability to enhance the immune system.

Turkey tail has also been studied for its effective clearance of oral HPV 16 and 18, and early stages of cervical cancer caused by HPV.

How to Consume Medicinal Mushrooms

What part of the mushroom should I look for?

The therapeutic strength of mushrooms can be owed to its several active ingredients: polysaccharides, triterpenes, polyphenols, and phytosterols.

In order for our bodies to absorb and benefit from these superfoods, the active ingredients must be extracted. If they are not properly extracted, they are deemed not absorbable, with little to no benefits.

How can you get these active ingredients?

The most common extraction technique is hot water extraction. Hot water is able to melt the chitin and release the water-soluble active compounds. It can be quite expensive to extract biologically active compounds, which is why quite a few supplement companies contain limited or no bioactive compounds at all.

Papillex uses a dual extraction method of medicinal mushrooms so that our customers have the immune-enhancing active component of the mushroom delivered to where they need it.

What Else Can You Do Naturally?

Most HPV infections are easily cleared by a strong, healthy immune system. You will most likely clear the infection with a robust immune system having not experienced any symptoms.

Your immune system can be supported in a number of natural ways:

Papillex includes mushroom extract in its formula, along with a whole host of other key nutrients designed to help your body respond to HPV.

In addition, we are delighted to announce our new AHCC® Supplement to help you better respond to HPV naturally. With growing evidence supporting its ability to reduce rates of HPV, we thought it about time to bring a product to market that our customers could trust! 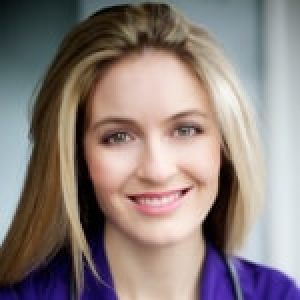 Elizabeth is a licensed naturopathic doctor in Toronto, Ontario, Canada. Elizabeth has focussed her training and research in areas of women’s health and naturopathic oncology. Additionally, she has training in mind-body medicine through Harvard University Medical School. A graduate of the University of Ottawa and the Canadian College of Naturopathic Medicine, she regularly publishes peer-reviewed journal articles on women’s health and cancer prevention.

Getting Creative: Can We Detect HPV In Sanitary Pads?

In the United States, among other countries, we have a growing public health dilemma. People are not showing up to their regular pap screenings. Because

Marine algae, or seaweed, families are often distinguished from each other very broadly by their colour. There are green algae, brown algae, and red algae.

The incidence of HPV is rising rapidly, with an estimated 79 million Americans infected with the virus and nearly 80% of the population expected to

Fucoidan for Cold Sores and HSV

Human beings have always had a relationship with the seas, so it’s not surprising that marine ecosystems harbour medicinal and therapeutic factors that can be